False Beliefs, Fables, and Facts about Twins sheds new light on over 70 commonly held ideas and beliefs about the origins and development of identical and fraternal twins. Using the latest scientific findings from psychology, psychiatry, biology, and education, the book separates fact from fiction. Each idea about twins is described, followed by both a short answer about the truth, and then a longer, more detailed explanation. Coverage includes embryology of twins, twin types, intellectual growth, personality traits, sexual orientation of twins, marital relationships, epigenetic analyses, and more.

Identical twins are fascinating. Born with the same DNA, they go on to develop both astounding similarities and staggering differences. This groundbreaking film meets some of these amazing human pairs. Discover how twins can be identical but grow up to become very different people. These remarkable stories shed light not only on what it means to be a twin, but also on what it means to be human.

The Art of Parenting Twins

"Written with clarity, intelligence, and accuracy, this handy book is a 'must have' for parents of twins and other multiples, [for] multiples themselves and professionals or organizations concerned with guidance and counseling. One could not ask for a more resourceful book."

The Same but Different: How Twins Can Live, Love and Learn to Be Individuals

By Joan Friedman, Ph.D., an identical twin, a psychotherapist, and a mother of five including fraternal twins.

"Written to help twins, their families, and significant others interested in understanding more about the intricacies of adult twin relationships."

Dr. Segal also has three other books, including Someone Else's Twin which tells the story of two twins separated at birth because of an accidental switch with a non-twin infant at the hospital. It was published in August 2011. On Dr. Segal's website and blog, you can find links to her other books, Somone Else's Twin, Indivisible by Two and Entwined Lives, as well as other articles on twins and twin issues.

By Joan Friedman, Ph.D., an identical twin, a psychotherapist, and a mother of five including fraternal twins.

Dr. Joan A. Friedman outlines the seven key concepts for helping twins develop into self‐realized, unique individuals and offers parents specific strategies for each stage in their children's growth, from infancy to adulthood. The book helps parents understand each twin's emotional needs. *This is a great books for twins to read, as well as their parents.

The magazine for multiples since 1984!

Twin expert Joan Friedman, Ph.D. shares advice on The Rachel Ray Show with a twin who wants to be seen as a unique individual. 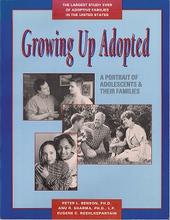 Available for checkout through most libraries and through WorldCat. It includes information on identity, attachment, family realities and dynamics, mental health, transracial adoption, and implications for families, services and public education.

A Ghost at Heart's Edge: Stories and Poems of Adoption

"Fifty short stories and poems...Written from the point of view of birth parents, adoptive parents, and adoptees, this unique anthology spans nations and cultures."

An autobiography of a woman who was adopted from Taiwan when she was seven months old by a family in Michigan, and who was reunited with her birth family in her twenties. 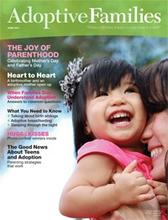 Leading adoption information source for families before, during, and after adoption.